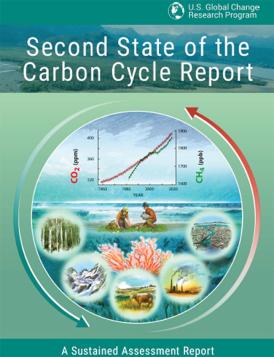 Released on November 23, 2018, this report is an authoritative interagency assessment of the state of the carbon cycle across North America, emphasizing advances in the understanding of carbon cycle science and associated human dimensions of the carbon cycle across land, air, and water. The report underwent six stages of rigorous review, including by Federal agencies and departments and the general public. Furthermore, an external expert review panel, on which Dr. Bohrer served, was convened by the National Academies of Science, Engineering, and Medicine as part of this review process.

The report's assessment address issues such as: 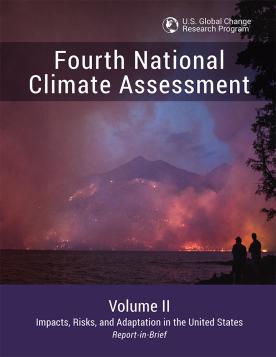 SOCCR2 was a companion piece to the Fourth National Climate Assessment, a report that assesses the science of climate change and
variability and its impacts across the United States, now and throughout this century.

Initiated in 1989, the U.S. Global Change Research Program (USGCRP) was mandated by Congress in the Global Change Research Act of 1990 (GCRA)to “to assist the Nation and the world to understand, assess, predict and respond to human‐induced and natural process of global change." The GCRA was signed into law by President George H. W. Bush in November 1990.

Read the Second State of the Carbon Cycle Report

This article was prepared with assistance from the U.S. Global Change Research Program.

Innovating at the frontiers of engineering

CEGE faculty among those honored by College of Engineering