COLUMBUS, Ohio—Imagine the United States gets ensnared in a lengthy trade war and the fallout undercuts international demand for crops grown in the Great Lakes region. Farmers and other producers would eventually adjust their plans, setting in motion changes that could have pronounced ramifications on how land, water and energy resources are used and are collectively affected for years to come. But what are those ramifications, exactly, and to what extent can they be predicted? 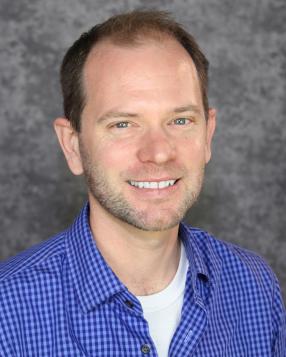 Dr. Jeffrey Bielicki, Assistant Professor of Environmental Engineering, is part of an interdisciplinary team of Ohio State researchers who will address these and other questions as they examine the possible effects of deglobablization and model the scenarios that might play out in the Midwest. The work is supported by the National Science Foundation, which on Sept. 19 announced a grant for Ohio State that is expected to exceed $2.4 million over the next three years. The money is provided through Innovations at the Nexus of Food, Energy and Water Systems (INFEWS), a research partnership between NSF and the U.S. Department of Agriculture.

Elena Irwin, an environmental economist and the principal investigator, said a deeper understanding of potential effects of deglobalization on the interconnected economies of Ohio, Michigan, Indiana, Illinois and Wisconsin is critical given the region’s dependence on agricultural and manufacturing exports and its decades-long integration into the global economy.

“Our goal is to develop a modeling framework that will allow us to project potential futures under different hypothetical scenarios—like a trade war or policies to promote greater energy independence—and assess the environmental and economic consequences,” she said. “These triggers would likely have not just one, but many effects on regional producers and consumers.”

Ohio State researchers will examine a wide sweep of economic, behavioral, and environmental factors, including the diversity of watersheds and possible choices by farmers. To take advantage of the expertise of local and regional actors, and to ensure that the results are useful to decision-makers, researchers will ask policymakers, farmers, environmental organizations, conservation groups, and other key external stakeholders to review the scientific research and help shape the resulting models.

The Ohio State project is being managed by the Sustainable and Resilient Economy program, a Discovery Themes focus area. SRE is jointly led by Irwin, the program’s faculty director and a professor in Agricultural, Environmental and Development Economics, and Joseph Fiksel, the executive director and a research faculty member in Integrated Systems Engineering.

The work brings together a highly collaborative team with a track record of interdisciplinary research and extensive experience in quantitative and computational modeling. The team includes researchers from three colleges: Food, Agricultural and Environmental Sciences; Engineering; and the John Glenn College of Public Affairs.

One possible scenario that underscores the potential domino effect of deglobalization is a trade war between the United States, on one side, and China and Mexico, on the other. The result, Irwin said, would likely be a significant reduction in U.S. bilateral trade in agricultural commodities, especially in the Great Lakes region, where much of the corn and soybeans sent to those countries is produced. And because of tightly integrated supply chains, these effects could multiply and reverberate through multiple sectors of the economy. In the face of tariffs from China and Mexico, Great Lakes farmers who produce for global markets would see their revenues decline, potentially quite dramatically. And consumers would suffer, too—as a result of U.S. tariffs—facing higher prices and a potential reduction in the availability of beef, fruits and vegetables.

Addressing the possible environmental impact brought about by such a scenario, Bielicki states that "reducing the free flow of goods and services internationally, will likely alter prices which in turn will change where items are produced. For example with higher import prices for food, more will need to be grown domestically." This increased agricultural activity, he explains, will require more inputs like land, energy, and water and will also have larger direct and indirect impacts on that land and water.

In the longer run, markets would adjust. For example, less global demand for corn and soybeans and reduced availability of imported fresh fruits and vegetables might provide an impetus for Great Lakes farmers to shift from commodity crops and allocate more land to produce fruits and vegetables for regional and U.S. markets. On the other hand, the decline in access to global markets could induce farmers to invest in non-food production, for example, in energy crops, or reduce the overall amount of land in agricultural production. In either case, these changes in land use would affect energy and water demands and, in turn, affect air and water quality through changes in greenhouse gas emissions and agricultural run-off.

The groundwork for the INFEWS grant was laid in 2015, when SRE and another Discovery Themes program, the Initiative for Food and AgriCultural Transformation (InFACT), hosted a food-energy-water workshop, sponsored by NSF, that focused on the linkages among these critical resources and the potential vulnerabilities of the systems that supply them. The threat was made clear during Superstorm Sandy, when widespread flooding disrupted the electric power grid. Similarly, future changes in demand for food will have cascading effects on water and energy requirements.

From this workshop, SRE led the formation of a working group on integrated modeling, and in 2016 several team members collaborated on a proposal for an INFEWS grant. Though that particular grant was not funded, the team regrouped under SRE’s direction and put together the proposal that was ultimately accepted.

Irwin said two factors were essential to their success the second time around. The first was  previous NSF funding that supported development of an integrated model of farmers’ decision-making on Lake Erie watershed quality, led by current team member Jay Martin, a professor of Food, Agricultural and Biological Engineering. The second was the addition of two researchers hired through the Discovery Themes: Yongyang Cai and Douglas Jackson-Smith.

Cai, an associate professor of Agricultural, Environmental and Development Economics, was hired in part through SRE and has extensive experience in integrated modeling of economic and environmental systems. Jackson-Smith, a professor of Environmental Resources, was hired in part through InFACT and is an expert in participatory modeling. Each brings a level of technical expertise to Ohio State that was previously lacking, Irwin said.

Team members and their areas of research include:

Jeff Bielicki, a professor with a joint appointment in Civil, Environmental and Geodetic Engineering and the John Glenn College of Public Affairs; energy modeling and policy effects on energy and environmental systems

Alan Randall, SRE scholar in residence and an emeritus professor and former chair of the Department of Agricultural, Environmental and Development Economics; environmental economics and policy

Ian Sheldon, the Andersons Chair of Agricultural Marketing, Trade and Policy in the Department of Agricultural, Environmental and Development Economics; international trade and policy

Robyn Wilson, an associate professor in the School of Natural Resources; individual decision-making under risk and uncertainty

“This project will help improve governance decisions through our extensive commitment to engaging stakeholders in the project and training of future FEWs decision-makers,” Cai said. “And it’s particularly important for the Great Lakes region, which contains one-fifth of the world’s surface fresh water and contributes 10 percent of all U.S. agricultural exports.”

The Ohio State team will share its modeling results to help guide policy decisions in the Great Lakes region, but ultimately the framework is being developed for use in regional food-energy-water networks around the world.

“This project includes an unprecedented commitment to participatory methods that will help ground our science team in the lived experiences and constraints faced by real-world actors,” said Jackson-Smith, one of the team’s co-investigators. “We want the results to be credible and useful to local and state governments and other regional organizations as they respond to future changes in globalization trends.”

Because the grant proposal has a foundational education component, the team also will:

About the Discovery Themes
The Discovery Themes initiative is a $500 million investment in the people and resources needed to continuously accelerate discovery at Ohio State. By building on our strengths and prioritizing areas of focus, the initiative addresses complex problems in health and wellness, food and food security, energy and environment, and humanities and the arts. With an emphasis on data science that cuts across all these areas, the Discovery Themes are dedicated to translating knowledge into solutions that serve humanity.