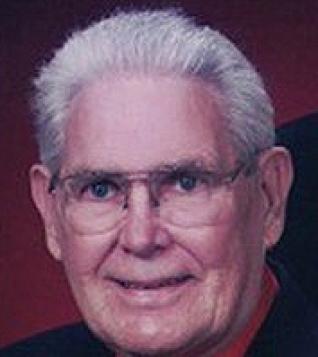 The Board of Trustees of The Ohio State University expresses its sorrow regarding the death on April 4, 2018, of Robert (Bob) C. Stiefel, Professor Emeritus of the College of Engineering.

Professor Stiefel served on the faculty of the Department of Civil, Environmental and Geodetic Engineering from 1971 until he retired in 1996. His teaching and scholarship in the disciplines of water resources engineering, physical treatment processes, water resources design, industrial waste treatment, and environmental pollution abatement were impactful in academia, industry and government.

As Director of the Ohio Water Resources Center (WRC) from 1973 – 1995, he encouraged and supported research in the area of physical, chemical and biological treatment processes for water and wastewater. Today, the WRC leadership team, inspired by Professor Stiefel’s example, remains committed to the center’s mission of environmental research and stewardship.

Dr. Stiefel enhanced Ohio State’s academic reputation at the state and national levels as he assumed senior leadership roles in prominent organizations who championed clean, public water resources. Appointed by Governors Richard F. Celeste and George V. Voinovich, he served as Vice-Chair of the Ohio Water Advisory Council. As President (1981 – 1983) of the National Institutes for Water Resources (NIWR), he advocated for expanded and sustained research in water and wastewater treatment.

He was a passionate teacher who mentored both undergraduate and graduate students. For many years, he served as faculty advisor to Chi Epsilon, an honorary, student organization, dedicated to the promotion and improvement of the civil engineering profession through the development of technical ability, character and service among its members.

Colleagues and students both recognized Dr. Stiefel’s impact at Ohio State. He was the recipient of the Lichtenstein Award for Faculty Excellence in 1983 and, in 1989, was honored with The Charles Ellison MacQuigg Award for Outstanding Teaching. Presented to a faculty member who has demonstrated, in a superior manner, interest and willingness to help students, and in improvement of the high reputation of the College of Engineering, and outstanding teaching ability, the award is especially meaningful to a faculty member as students in the College of Engineering nominate and elect the recipient.

On behalf of the university community, the Board of Trustees expresses to the family of Professor Robert C. Stiefel, its deepest sympathy and sense of understanding of their loss.