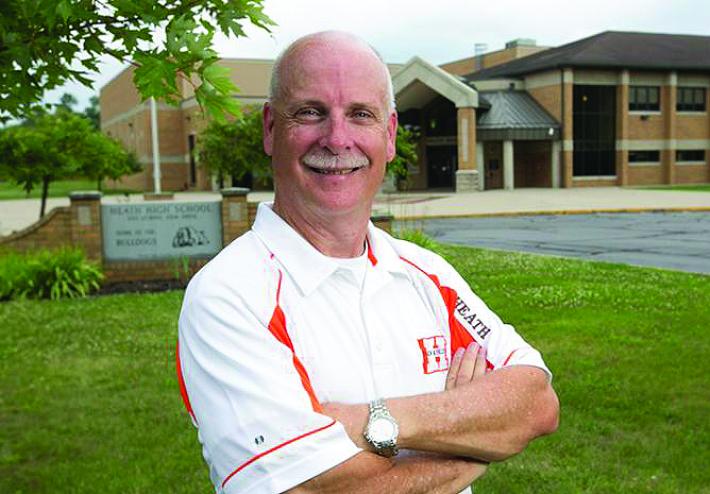 He serves as vice president of Jobes Henderson and Associates, a civil engineering firm located in Newark, Ohio. He created the Newark Stormwater
Utility, improving drainage systems for the city and played a major role in the utility design of large projects on Ohio State's Columbus campus.

Mr. Roberts is a lifelong supporter of the American Heart Association and served as president of Licking County's local chapter. He is also a loyal supporter of Heath High School, serving on the Heath Board of Education for 16 years, 13 of those as president.

He continues to support his alma mater by serving as an usher in Ohio Stadium and donating to the university's athletic programs. He also participates in Pelotonia each year, fundraising to help find a cure for cancer and encouraging others to ride as well.

Joe O'Neal (BS '55, MS '55, CE) was honored with the College of Engineering's Distinguished Alumni Award for outstanding achievement in engineering at the 20th Annual Alumni Award celebration on November 17, 2017.

Mr. O'Neal is the founder of Ann Arbor construction company, O'Neal Construction, where he served as president from 1961 until 2009. A passionate advocate for conservation efforts, he is the founding director and current chair of the Treeline Conservancy, a proposed greenway, urban trail corridor in Ann Arbor. In the Buckeye tradition of paying forward, Mr. O'Neal also serves on the advisory board for the Community Music School of Ann Arbor.

At the awards event, Dean David B. Williams stated to Mr. O'Neal and his fellow recipients, "Tonight we celebrate you and the tremendous impact Buckeye engineers, architects and planners have on our world through your teaching, entrepreneurship, award-winning designs and service to others."